Patch 10.0.5 released today, and with it we get 10 new pets! Nine of these will be from the new Trading Post, and one of them is from a new Primal Storm event in the Primalist Tomorrow.


Though I couldn't find anything in the patch notes about it, I did copy over one of each of these classes and tested a pet battle with and without my addons enabled. Even with my pets summoned it appears that everything is back to normal, and your pet's action bars will no longer overlap your pet battle UI!


One Time-Lost mystery has been solved with the release of 10.0.5! When Dragonflight launched we were left with quite a long list of pets that had been datamined, and were still showing up in Blizzard's API, but were not in the journal and did not show a source. Today we can finally take one more name off that list with the Time-Lost Vorquin Foal. It will be available on the vendor Brendormi in The Primalist Future as part of the new Primal Storm event. 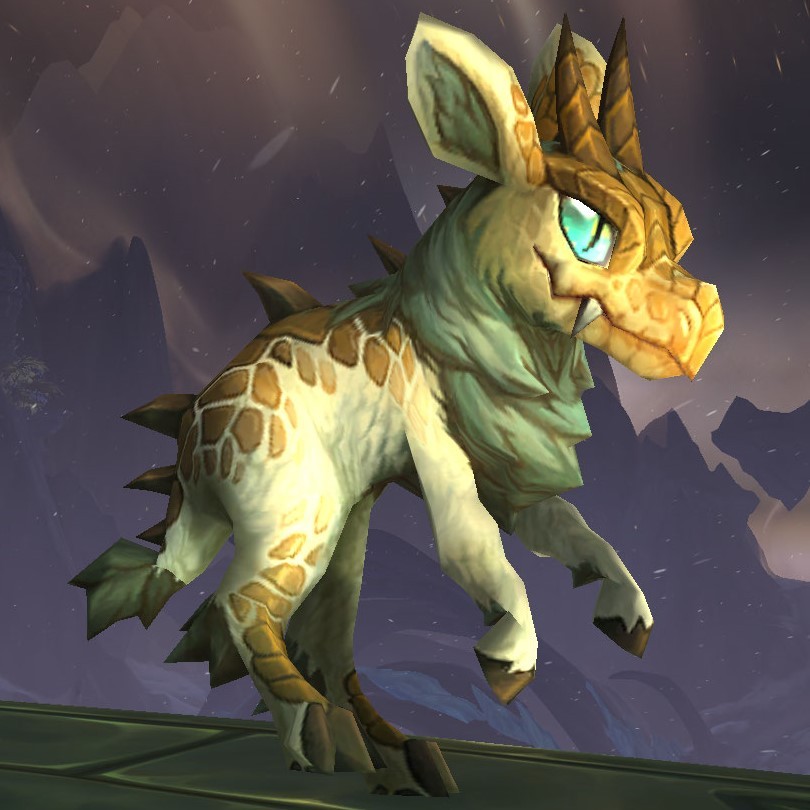 It's quite possible this creature is aging backwards. It looks a bit younger every time you see it.


The newest feature coming February 1st in Dragonflight is the Trading Post, which will offer new and returning items, mounts, and pets for the playerbase to purchase with a new currency called 'Trader's Tender'. Though only one pet was available for purchase on the PTR, the pricing will likely be similar across all the Trading Post pets. It also appears as though we'll be in for the long haul with this collecting venture, as new items only appear once a month. So strap yourselves in, and let's take a look at the new pets we'll be seeing! 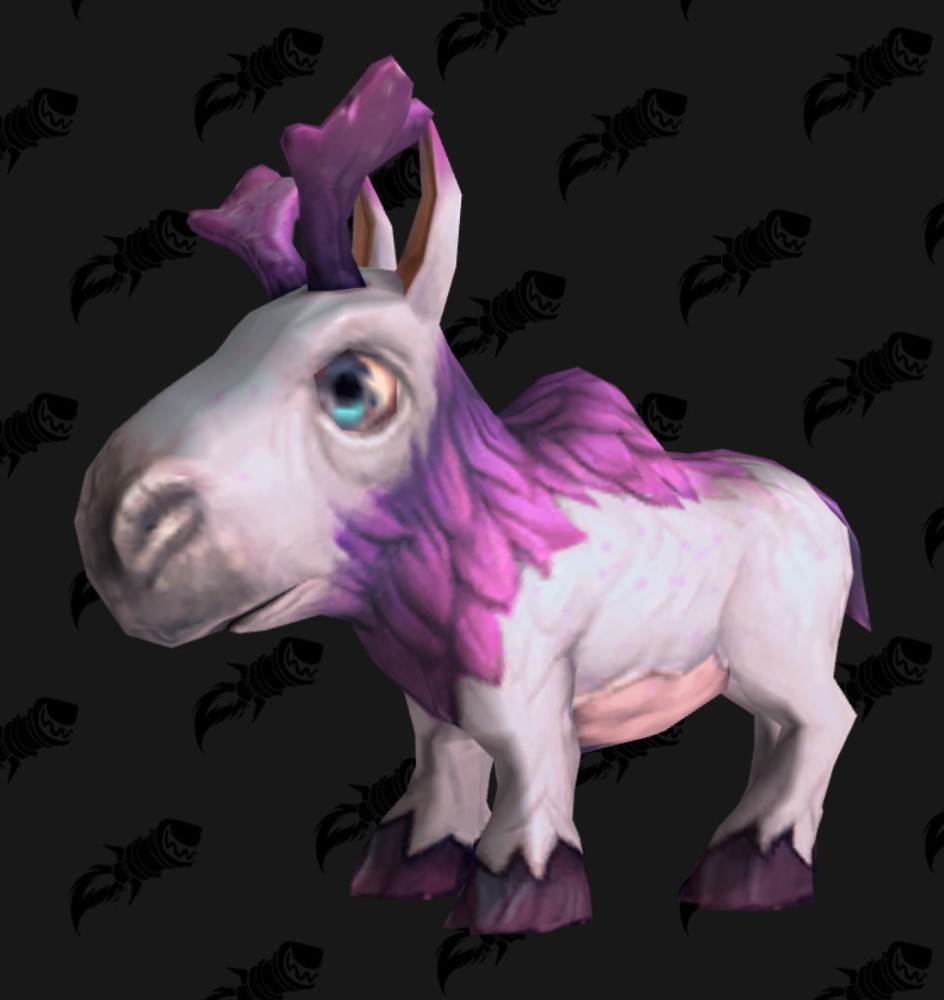 His pink antlers make him the life of any party.

Some species of red bees are known to lead solitary lives. Still, this busy bee seems happy to make time for you.

Image is not yet available.

Siege training begins early for kodo calflings that show a predilection for violence and a lack of inhibitions towards breaking things. Mind your shins. 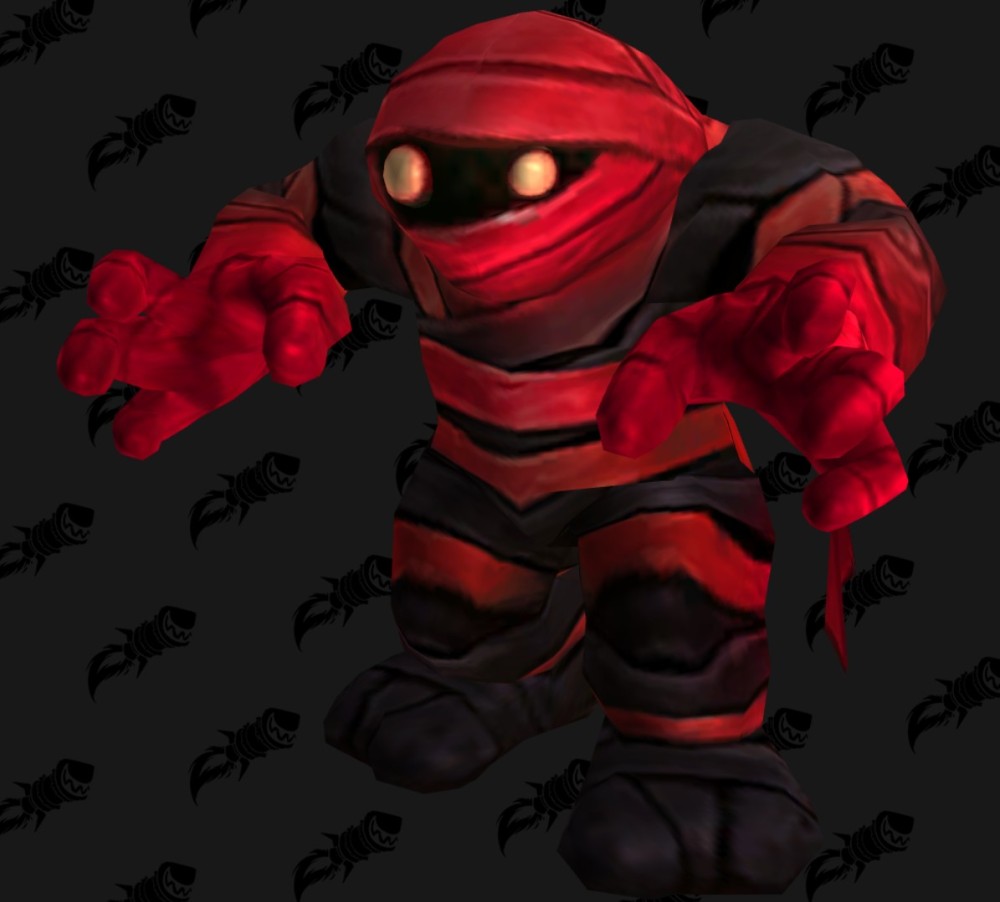 Fooled aeons ago by the clever loa of death into a bargain of unceasing service, this tiny ancient being carries out his duties eternally red with rage. 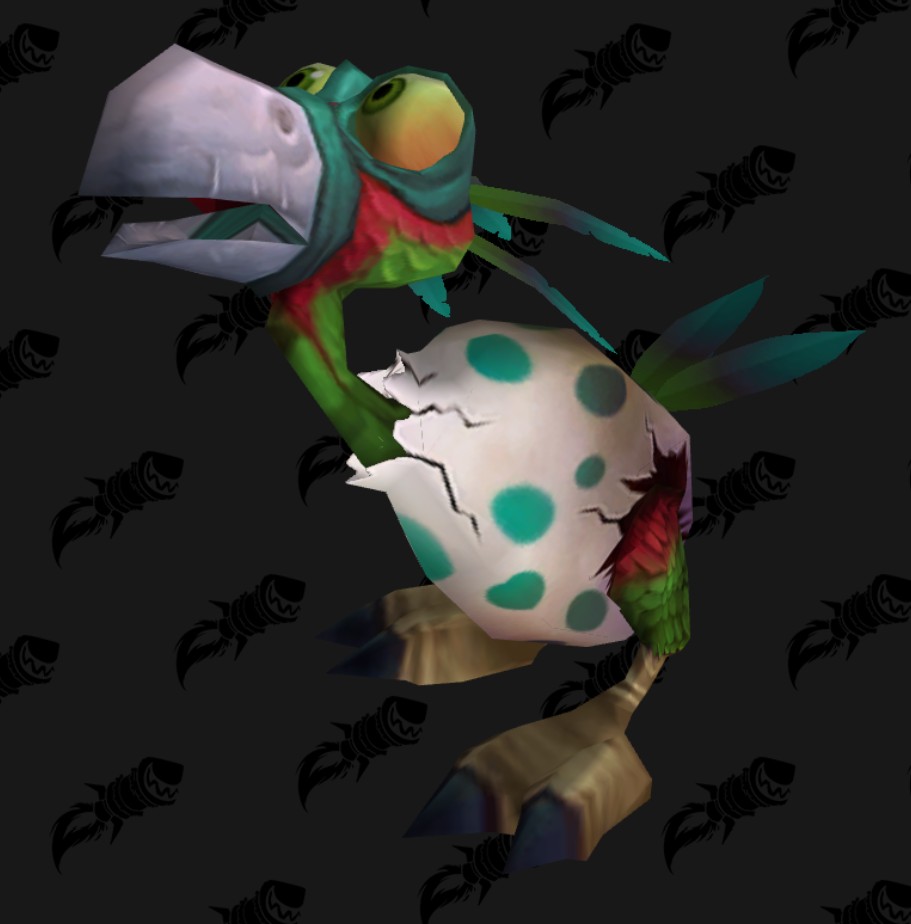 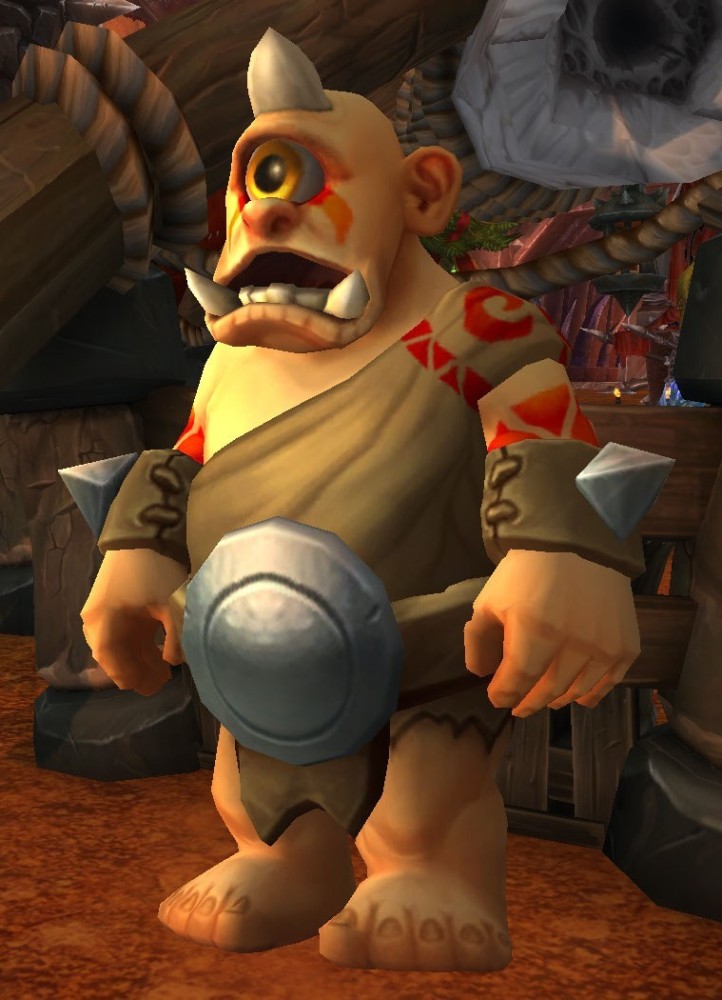 Ancient Gorian blood runs through Garrlok's veins. As far as anyone knows, only his diminutive stature keeps his imperial ambitions in check. 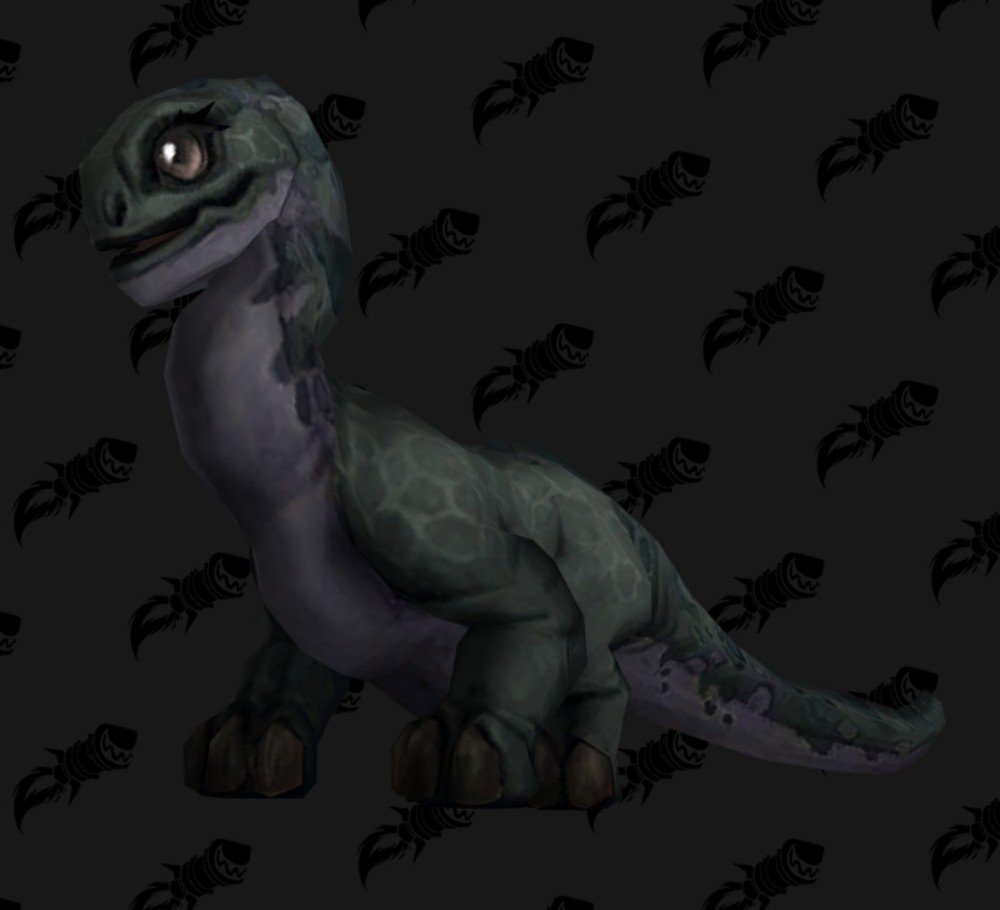 Looks like Ben'jin and Maka'fon have kept busy since you last saw them. Maka'jin is ready for adventure but will settle for a large pile of leafy greens. 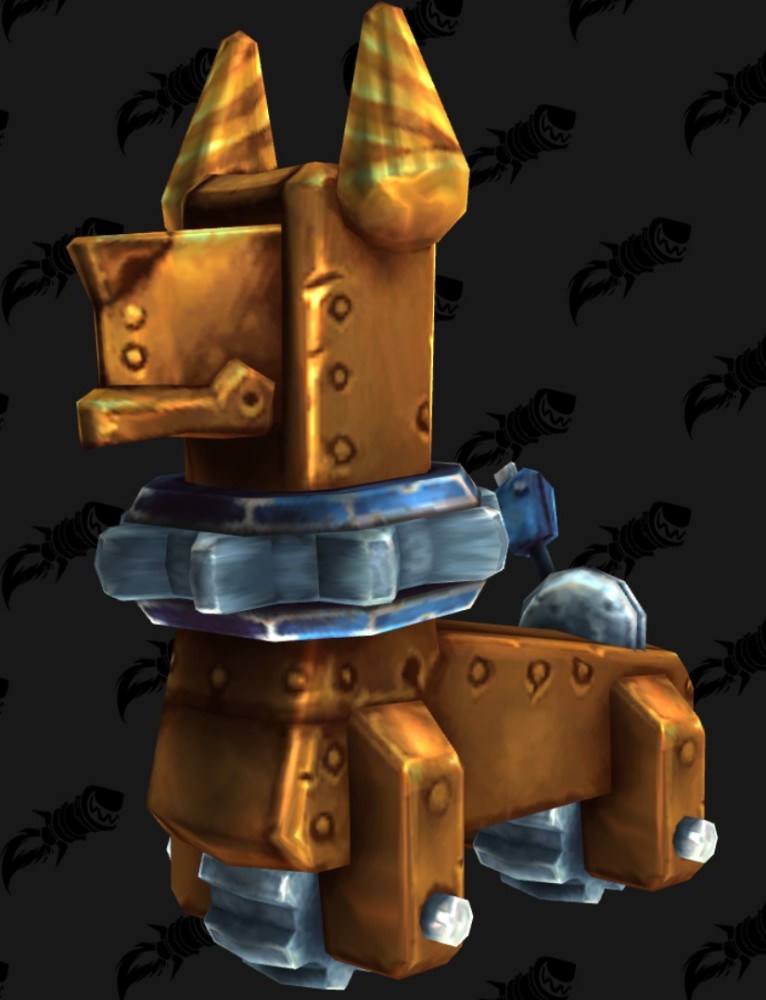 He has a heart of gold. Literally. These shiny good-boys are all the rage with affluent gnomes everywhere.

Watcher of the Huntress

Image is not yet available.

To its foes, this Watcher's innocent eyes belie the lethal danger of a prowling Huntress, waiting in the shadows.

And that's it for patch 10.0.5! We'll be updating this article when/if any more pet information comes up.

We at Xu-Fu's wish you all the best in your pet collecting endeavors, and happy battling!