vs. Eye of the Stormling

Strategy 1 of 3
Browse all alternatives 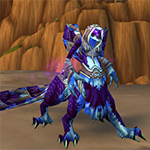 Twilight Clutch-Sister
This pet can have the following breeds:


Breeds marked in red are not suited for this strategy. 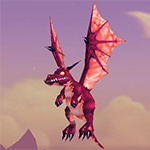 Twilight Whelpling
This pet can have the following breeds:

Twilight Whelpling
This pet can have the following breeds: 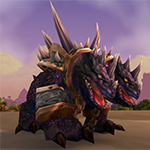 Chrominius
This pet can have the following breeds:

Note: You have selected a substitute pet.
The strategy might fail if you use it with this pet instead of the one the strategy creator intended.

The substitute finder looks for these criteria in relation to the original pet:

I recommend your highest HP Twilight Whelpling to minimize the impact of incoming critical strikes.

General notes:
- Stormamu has the Boss passive, so keep in mind that your attacks will only deal 50% of their damage, and a maximum of 630 per attack
- Your enemy will purge all its buffs & debuffs every 3rd round beginning with Turn 3 (..6..9..) With your slower pets these are the turns to apply debuffs/DoTs

**Only seen it happen 2x times in dozens of tries, so I won't include it in the steps (but probably in a script when tdBPS will get an update):

If your Twilight Whelpling dies early, bring back your Twilight Clutch-Sister and use Twilight Fire in Turn 6, then call forth another Twilight Meteorite.
If you also need your Chrominius, check round numbers (to not lose Howl to Sear Magic directly) and remaining HP on Stormamu to decide if Surge of Power needs Howl or not to finish off the enemy.

Breed
At least one of the pets for this strategy require the use of a specific breed.
RNG
Not every strategy can be bullet proof. This is one of them. You might have to restart it, since there are some random elements that increase the risk of your pets failing. Don't blame them, please!
TCG
This strategy is using pets obtainable from the Wow Trading Card Game (TCG) or the auction house for potentially high sums of gold.
Shop
This strategy is using pets obtainable only from the WoW In-Game Shop for Battle.net Balance or real money.
Level 25+
You can use this strategy to carry a low level pet to give it experience.
Tricky
Some instructions are more difficult to follow than others. That's exactly what you might find in this strategy!
TD Script
The strategy offers a TD script that can be used with the TD Script addon. You can copy the script by clicking on the button to the left of the pets.
Unobtainable
At least one pet in the strategy cannot be obtained anymore. If you have it, congrats!
Staff Pick
A Strategy Curator found this strategy to be especially helpful and higlighted it with this tag to give it more exposure.
Rounds: 6
Number of rounds this fight lasts. This value is calculated from user entries. Actual rounds can vary depending on your playstyle.

N/A
No duration for this strategy is available. If you want to help by adding data, please log in or register an account.

6
The number of rounds for this fight was calculated from user submissions. It might be inaccurate because there have been only a few of them.

123
Pageviews. This number indicates how often this strategy has been accessed by visitors.

Unknown
No info is available about the experience gain of this fight, yet. If you know the exact values for this fight and want to contribute, please contact Aranesh.
Turn 1

Turn 2
Swap to your Twilight Whelpling